The Salvation Army serves Christmas Dinner to over 800 people

When the doors opened at 11:30 am on Christmas Day, over 800 people were escorted to linen-draped tables by 350 volunteers.

At noon, when everyone was seated, volunteers served a piping hot, traditional Christmas dinner. Guests included seniors with no other place to go, struggling working families, single parents, the homeless and often those who are simply alone on Christmas.

Santa made a special appearance during the dinner, and after the children had eaten, they were given Christmas stockings stuffed with small toys when they left Golden Hall.

Philanthropist Joan Kroc brought this tradition to Golden Hall in 1983, sponsoring a large community dinner to make sure that no one would spend the holiday alone. Many people believe that Christmas dinner is offered only to the homeless, but The Salvation Army has been serving anyone looking for a warm meal and great company since 1887. 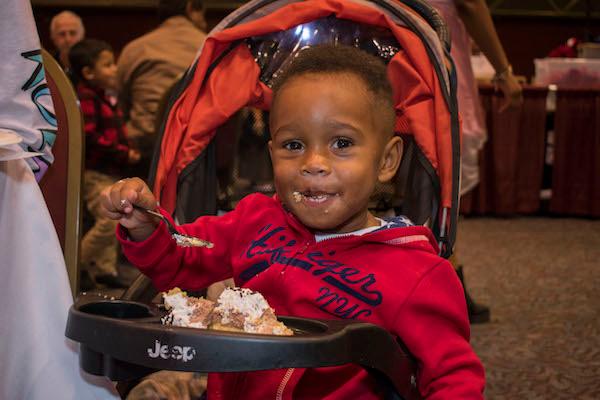 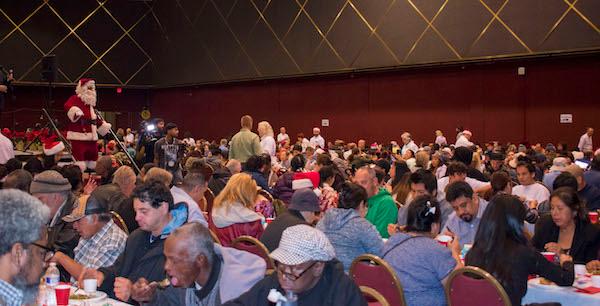 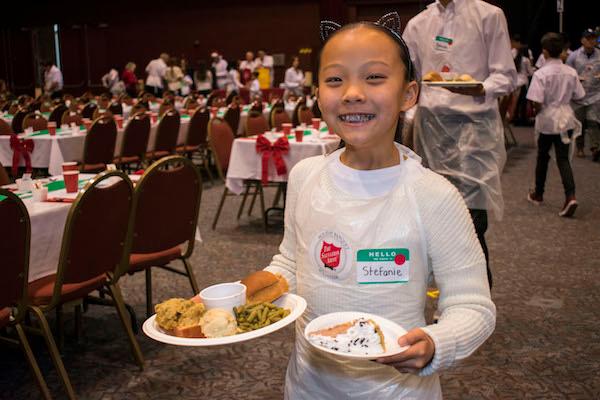 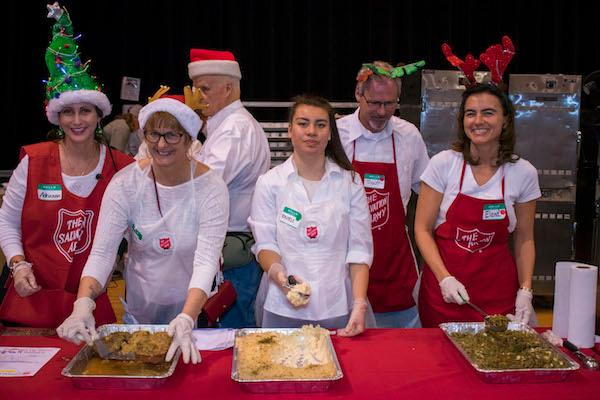