The Salvation Army’s shelter in Tijuana celebrates three years of helping women and children deported by the U.S. or who are seeking asylum. 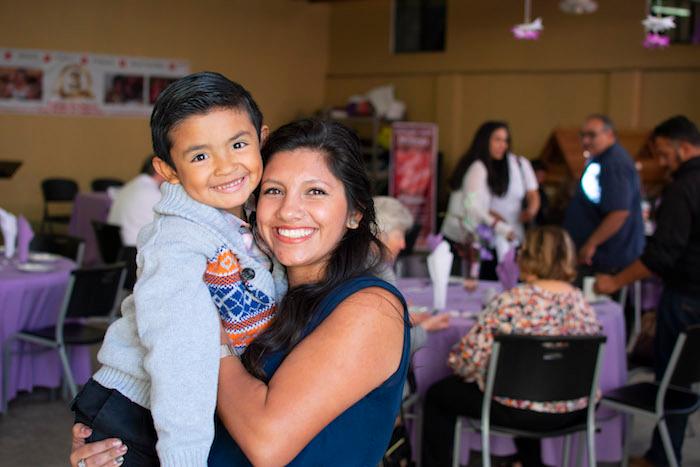 Camila had enough. After experiencing domestic violence for years, she and her son escaped Columbia to move in with her sister-in-law in Tijuana. In a new place with few connections, she did her best to endure and provide for her son and was eager to start fresh. Her living situation was promising in the beginning, but violence soon erupted there too. Covered in bruises, Camila went to the Immigration Office to seek help, and they brought her to The Salvation Army’s Casa Puerta de Esperanza.

“I came from a very bad life, but when I came here I got a family,” says Camila. While living at Casa Puerta, Camila says she received everything she needed and was finally able to grow.

After 2 ½ months living at Casa Puerta, Camila got a job at the swap meet and was able to earn enough to be able to rent her own apartment in Tijuana. And for the first time in a long time, she’s happy. “I’ve had my best story here, and have had a better life since I left.”

Camila is one of more than 2,000 women and children Casa Puerta has helped since opening in 2015.

Casa Puerta de Esperanza, or “door of hope,” was designed to help the deportees repatriate to their community of origin or to build new lives in Tijuana. As the migration issue became more prominent, the shelter has been able to house women and children waiting for asylum in America or help them establish themselves in Tijuana.

Hundreds of women and children come to Tijuana from all over the world every day, and have no family or connection in the area. They become targets for kidnapping and human trafficking. Most recently, waves of people from Central America have been coming to the city in hopes of seeking asylum in the U.S.

The shelter accommodates about 21 women and children at a time, and is always at capacity.  Families are allowed to stay up to three months. Employees work with the mothers to help them find housing and employment. Residents also receive counseling and health care.

The shelter was built in 2015 as a result of a partnership between The Salvation Army San Diego and entrepreneur Alex Zikakis. He realized the need for a safe place for women and children after visiting The Salvation Army Tijuana’s shelter for men recently deported from the U.S.

“The Salvation Army is doing a wonderful job at running Casa Puerta in an amazingly loving, caring and efficient manner,” says Zikakis. “It’s really fantastic what the shelter’s been able to do and how many people they have been able to serve over these three years.”

Zikakis, along with other organizations who help the shelter thrive, was honored and thanked at the celebration for their work with Casa Puerta de Esperanza. 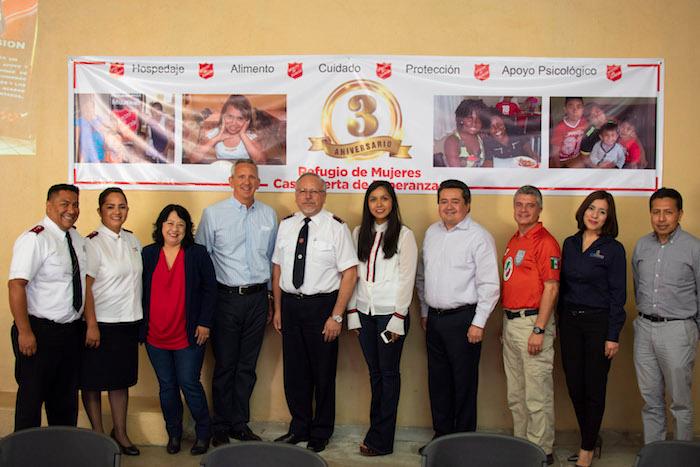 “We couldn’t do what we do without their help,” says Captain Karina Olvera, Salvation Army Officer and program director of Casa Puerta de Esperanza.

The event included words of appreciation from partnering organizations, remarks from Territorial Commander Oscar Sanchez, a testimonial from a graduated resident and even a mariachi band.

“It was really wonderful to celebrate the third anniversary of the shelter and particularly exciting to see what an amazing job our officers have done collaborating with the government and businesses in Tijuana to share resources and gain support,” says Michele Prosser, director of major gifts at The Salvation Army San Diego, who worked with Zikakis on the original gift. “They’ve integrated very well into the community and seem to be much appreciated by those who work with people being deported.” 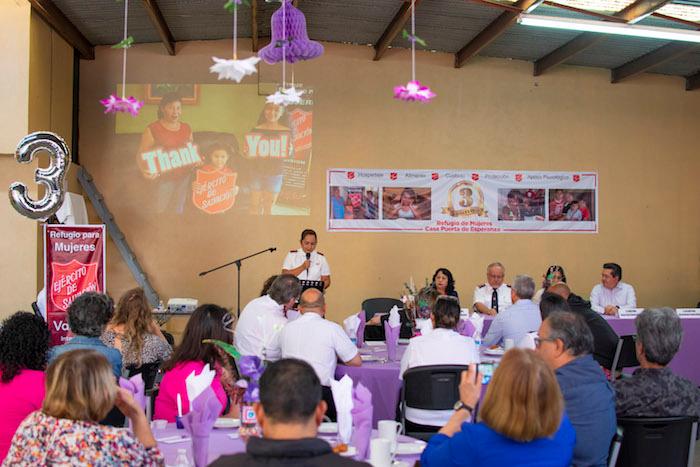